What is a serpentine belt and what does it do?

What is a Serpentine belt and what does it do, is a question that is often asked. So today I will endeavor to shed a little light on the subject.

We all know that today’s vehicles have changed a lot in the past 20yrs. Engine drive belts are just one component that has evolved in shape, size and appearance.

The standard for years was the basic V-belt which had smooth sides and relied on tension forcing its V shape into a V groove pulley and thus driving the accessory component. The downfall to the v-belt is potential for slippage. Limited surface area requires more tension which can prematurely wear bearings in the alternator and water pump. Consequently on some accessories, multiple belts were required to provide enough drive force. Each belt was tightened individually by loosening, leveraging and then tightening a bolt to maintain tension. Another downfall is the need for a single or multiple belts for each driven item. Materials used at the time led to limited life span.

The next evolution in belt design is the “micro-v”, “poly-v” or “serpentine belt”. The name as implied is a series of small V shaped ribs on a wider, flat belt which provides a much greater surface area for driving accessory components.

There are several benefits of this design which include allowing the option to loop the belt around (serpentine) multiple accessories. This allows for one belt to drive all accessories. On some belts there are even ribs on both sides of the belt which allows more flexibility in routing.

Early on the materials used were similar to the V-belt and resulted in cracking and chunking (large sections of a single rib breaking off). As we have moved forward new materials have almost eliminated these issues resulting in longer life and less maintenance. A minor downfall is the higher price of the newer belts, however overall cost of maintenance is lower.

Another improvement is the introduction of self-tensioners which allow for much easier tension adjustment and maintains that adjustment even with belt stretch and wear. Some are spring loaded while others are hydraulic in nature. These tensioners as well as idler pulleys will occasionally require replacement as well, in order to maintain proper tension and belt life.

So with all that stated, how do you know if you need a new serpentine belt?

The materials that today’s belts are made of seldom crack, now it’s more about wear. Early belts were replaced when they reached a point where they had “x” number of cracks per inch of belt or if they experienced chunking.

For the newer belts we have a small gauge that can be laid between the ribs of the belt. If the gauge drops below the ribs the belt is worn and needs replacement. Mileage wise, this can be between 75k to 120k miles. Other belt issues that may arise include abrasion, misalignment, glazing and pilling.

Once worn the ribs no longer grip the drive pulley and slippage will begin to occur. This leads to noise, loss of efficiency and possibly overheating in some instances.

The final question is usually “how much does it cost to put on a serpentine belt?”

This is the part that varies and is based on the following items; how many ribs on the belt? How long is the belt? Is it ribbed on both sides? Most importantly becomes how difficult is it to get to the belt?

Often times todays cars have tight engine bays and are restricted by transverse mounting. The fact that these belts do serpentine will allow them to route around the entire front of the engine and sometimes even around a motor mount requiring the mount to be disconnected and the engine raised.

Ultimately the cost of replacing a serpentine belt becomes very vehicle specific. If you have belt noise or your vehicle is entering the mileage range for replacement or if you’re just not sure of the condition of your belt, Give us a call at London’s Automotive and we would be happy to inspect your vehicles belt and give you an exact cost of replacement. 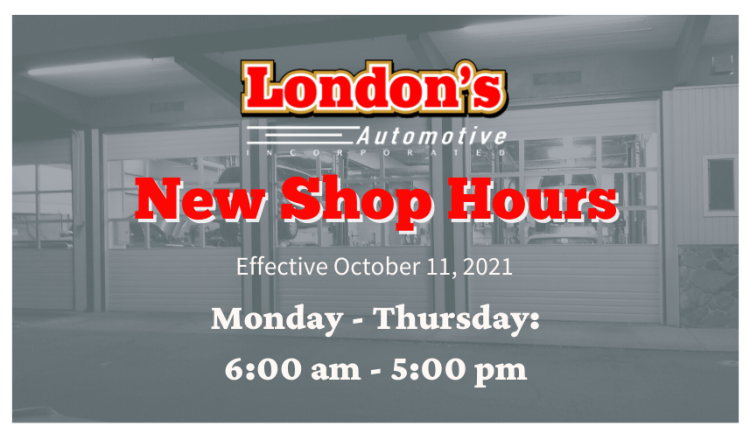